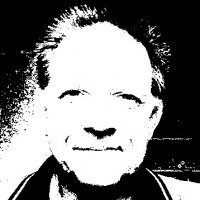 Sorry, but your first model is just not complicated enough. Well, now I have to go shoot myself.  Make sure you keep posting photos.  So my survivors will know why I offed myself.

Hi, Peter, This is a great way to introduce yourself to us.  You only get one chance to make a good first impression, and yours is a whopper.  I know I will enjoy seeing your work-in-progress pic